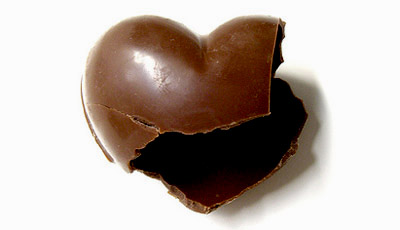 Not long after compiling the two installments of the World’s Worst Chocolate Bars, I realized there are other bars on the market that didn’t make the cut the first go around. I based my list purely off of ordinal rankings from Seventypercent without considering certain subjective values that, as it turns out, are more important than I realized. I also revisited several bars, reviewing and re-scoring each one as they stood at the time of tasting.

The result is, you guessed it, another wonderful list of bars that I personally cannot tolerate one way or another. Actually, I lie; I’d probably revisit several of these chocolates to sate a craving (such as the Pralus lot) but I would definitely avoid others because they’re just so frustratingly bad. Enjoy the update, and feel free to let me know about any chocolate you think should be here. Bon appétit!

Hachez Cocoa d’Arriba 77% (7) – Hachez, the cocoa butter king, has found its niche in creating sublime texture, but in so doing, sacrifices flavor despite having some good quality beans. At 77%, power should preside at every turn, but what we get is a flavor so muted and washed out that tasting the chocolate is like staring at a beautiful painting through foggy glass.

Pralus Venezuela 75% (6.9), Colombie 75% (6.8), Equateur 75% (6.6) – The cacao used to make each bar is bold, deep, and delicately flavored, yet the dark Pralus roast deflowers any manliness these bars once possessed. Instead of being the strapping powerhouses they could have been, they all taste flat and flavorless, overcooked and too well done. The problem is that, as implied, the roast flattened just about every characteristic of the cacao and made the chocolate listless and dull, about as monotone as Ben Stein’s voice.

Lindt Excellence 85%, US (6.6) – Lindt was once on top of the chocolate world with this mega-powerhouse of an 85% but suddenly calamity struck and the bar sunk to miserable lows. The addition of cocoa powder hints at much of the problem, as well as probable variations in batch quality. All these factors bring the bar at pretty much an even keel with the UK version, which has historically performed at this level of mediocrity.

Hachez 88% Cocoa Premier Cru (6.4) – Given the poor performance at 77%, you’d think that a Hachez bar at 88% would at least have some heft in its flavor, some striking characteristic that slaps you in the face at the very least. Alas, there is none, except maybe for some ugly bitterness that, despite the thick barrier of cocoa butter, is just as offensive as an ethnic slur. The bar, in fact, contains about 55% cocoa butter, which only leaves a skeletal amount of 33% cocoa particles, an amount comparable to most 70% bars. Hmm, do you see a problem here, too?

Green & Black’s Dark 70% (6.5) – It’s probably not necessary to include the 85% on this list because I think I made my point with the two Hachez entries. However, G&B’s other “pure” bar, a 70%, is ironically more intense but also plagued by bitterness and musty notes that suggest problematic beans. There are plenty of good qualities as well, namely the intensity and berry-centric flavor, but the overall balance of flavor is what really counts and this one falls off the beam one too many times.

Bonnat Porcelana 75% (5.4) – My bar tasted strong and overpowering, burnt and bitter, a result of poor beans and poor processing decisions, so naturally, I didn’t think too fondly of this chocolate. There have been other people who apparently tasted an entirely different chocolate than I did, so I would be more than happy to try another bar to clarify things a bit. However, at a whopping $18.50 per bar, I’m afraid I’ll have stick to my guns until fortune smiles upon me another day.

Lindt Excellence 85%, UK (5.4) – At one time, the UK and US versions of this bar were as different as night and day, but now they are almost exact clones. The reason for the initial disparity probably related to the fact that the cocoa liquor was manufactured in one central location and then shipped to various parts of the world, whereupon production variations would occur to reflect local taste preferences. All this has evidently been eliminated, and now Lindt has two horrible 85% bars in their roster, instead of just one.

This entry was posted on Thursday, April 23rd, 2009 at 3:19 pm and is filed under Uncategorized. You can follow any responses to this entry through the RSS 2.0 feed. You can leave a response, or trackback from your own site.